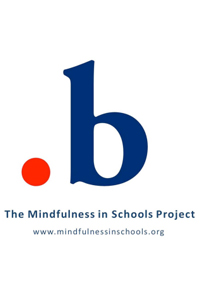 “I practice as long as it needs, every day,” my teenage student Mary 1 told me, with an air of purposeful self-satisfaction. I almost believed her, sort of, until her more skeptical (perhaps ‘realistic’ is the better word) Mom interrupted, “if only that were more than seven minutes per piece”.

Believe it or not, I am firmly convinced that Mary sincerely thinks she is doing a good job. Despite lengthy lessons, detailed practice plans and frequent preparation checks from me, all indicating that more work on her part is needed, she really believes that she is completing her assignment…in seven minutes.

What’s the problem? Lack of aural skills is a big part of it (I’m working on a future blog post on this). She doesn’t hear what her performance actually sounds like to an outside listener, only how she perceives it as it sounds to her, or as she wishes it sounded. This type of thinking is part of a bigger problem: an absence of mindfulness.

A good definition of mindfulness can be found on the Mindfulness in Schools Project website:

“Mindfulness involves learning to direct our attention to our experience as it unfolds, moment by moment, with open-minded curiosity and acceptance. Rather than worrying about what has happened or might happen, it trains us to respond skillfully to whatever is happening right now, be that good or bad.”

The benefits of mindfulness in adults have been well recognized by research. Recent studies have documented even more dramatic improvement in performance by school children who practice mindfulness. A Time magazine article earlier this year claimed startling improvement in behavior and test scores by Canadian fourth and fifth-grade students who participated in the MindUP program, which promotes thoughtful social and emotional learning. These include 15% higher math scores and 24% improved social behaviors.

The Mindfulness in Schools Project has several components, one of which is what they call “The Ten Lessons”. These explain the concept of mindfulness to young students, teach them to handle stress and worry, detail how to make mindful choices instead of simply reacting to each thought with a possibly negative behavior and cultivating an attitude of gratitude. I think each has a lot of worth.

I’ve adapted “The Ten Lessons” from the Mindfulness website to use with my own students. I’ll share my ideas with you in my next blog post.