My only question is: “Why did it take so long?” With Scott’s many years of consistent commitment to MTNA, one would have expected Scott to have served as President, MANY years ago!!

At this unprecedented time of change and uncertainty regarding the role of music lessons in our society, I can’t think of anyone better suited to leading the way forward than Dr. Smith!

I have known Dr. Scott McBride Smith for over ten years and he is a professional in every possible way — as a pianist, author, professor, and administrator. He believes in the future of MTNA and music education.

Dr. Smith has a genuine talent for listening to others, assessing the situation and producing pragmatic solutions. MTNA is fortunate to have Scott willing to work for all its members.

His vast knowledge and dedication to music education brings out the best in his efforts to incorporate new ideas into his ways of teaching.

We have an opportunity to elect one of the strongest advocates of music education that I have had the pleasure of working with, and I personally look forward to the increased level of participation and strength Scott will bring to music education in America.

Scott and I have worked together on many projects, from summer music programs to major conferences. He is a dynamic leader, and a wonderful colleague and friend.

Dr. Smith has made a profound impact on contemporary piano pedagogy through teaching, lecturing, and writing. His balanced personality, superb leadership skills, and substantial experience make him an ideal candidate for MTNA presidency. 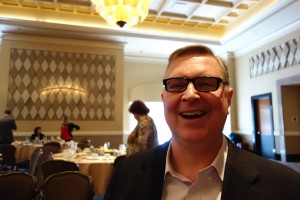 When I started my campaign to become President of the Music Teachers National Association, my first blog was about opportunity: the opportunities I felt that MTNA has always given music teachers, and some ideas about what we need to do to build even more favorable possibilities for MTNA members—and the future members!—of our great organization.

As I write you today, I have accepted an opportunity of my own. I am honored and humbled to report that, at the Annual MTNA Business Meeting on March 24, 2015, my name was announced as MTNA President-Elect for the next biennium. I will become MTNA President in two years.

I want to thank every MTNA member who voted in this election, whether this was your first time, or the latest of many, as it was for me. I have the utmost respect for my worthy opponent, Martha Hilley, and I know we will work together to continue to move MTNA forward, as we have many times in the past.

Many thanks for your involvement, your suggestions and your support. I’ll need all three in the years ahead! Thanks again.