At this unprecedented time of change and uncertainty regarding the role of music lessons in our society, I can’t think of anyone better suited to leading the way forward than Dr. Smith!

Dr. Smith has a genuine talent for listening to others, assessing the situation and producing pragmatic solutions. MTNA is fortunate to have Scott willing to work for all its members.

His vast knowledge and dedication to music education brings out the best in his efforts to incorporate new ideas into his ways of teaching.

Scott and I have worked together on many projects, from summer music programs to major conferences. He is a dynamic leader, and a wonderful colleague and friend.

We have an opportunity to elect one of the strongest advocates of music education that I have had the pleasure of working with, and I personally look forward to the increased level of participation and strength Scott will bring to music education in America.

I have known Dr. Scott McBride Smith for over ten years and he is a professional in every possible way — as a pianist, author, professor, and administrator. He believes in the future of MTNA and music education.

My only question is: “Why did it take so long?” With Scott’s many years of consistent commitment to MTNA, one would have expected Scott to have served as President, MANY years ago!!

Dr. Smith has made a profound impact on contemporary piano pedagogy through teaching, lecturing, and writing. His balanced personality, superb leadership skills, and substantial experience make him an ideal candidate for MTNA presidency. 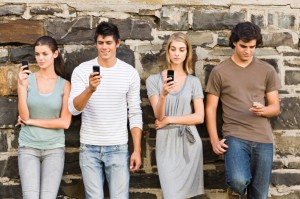 “Millennials” is the accepted name for the group of young Americans born between 1980 and the mid-2000s. It’s the largest generation in the U.S. today, representing one-third of the total population in 2013. They are diverse and educated, family-oriented and eager to contribute to their community. 1 They grew up with and are comfortable using technology. All of this makes them ideal MTNA members.

But there are some problems, too. Many of them pay for their higher education through loans. Outstanding student loan debt was a staggering $1 trillion in 2014, making it the second largest category of household debt in the U.S.

Millennials have faced tough challenges entering the workforce during the worst economic downturn since the Great Depression. Unemployment for this demographic group was over 13% in 2010. While this figure has gradually improved since then, mirroring the growth in the U.S. economy, Millennials still face significant pressure on long-term earnings. One study showed that workers who begin their career during a recession earn 2.5%-9% less per year for at least 15 years.

So our younger colleagues are not being selfish when they ask: what’s in it for me? What does MTNA have to offer that will make my life—and my family’s life and my community’s—better?

I’m encouraged by some of the ideas on technology I see coming out of MTNA. I like the idea of the “Members Only” section. The legal documents and member discounts already there (among other things) are great; I understand there are plans for webinars on all sorts of practical strategies to help MTNA members, of any generation, build skills and increase their income.

This initiative needs to build and expand. We need to make music lessons available to all the children in the U.S. Technology will help us do so. Mike Bates told me “anything that doesn’t allow students to experience music is a mistake”. I’d go even further. Anything that expands opportunities for music study should be a part of the MTNA mission.